Statute of Limitations on Sexual Assault
HB2135 of the 101st General Assembly removed the statute of limitations for sexual assault.  After listening to the story of a Yorkville mother whose daughter was sexually assaulted and the investigation of her daughter’s perpetrators was faltering, the mother advocated passionately for the removal of the statute of limitations that could prevent justice from being served.  In the era of DNA technology, the concerns of fading memories are replaced by the accuracy of genetic matching. 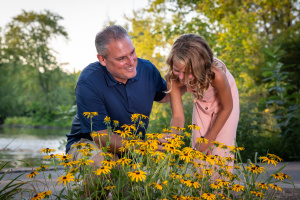 Henry’s Law: Parking Placards for 3rd Trimester Moms
HB3027 of the 102nd General Assembly allows expectant mothers in their third trimester to use parking placards for up to 90 days.  This issue was raised by an expectant mother and father who lost their baby after the mom had to walk up a steep set of outdoor stairs facing inclement weather in order to get to the door of her workplace.  The door had available disability spaces which weren’t being used.  The form to apply for the permit is now available from the Secretary of State’s office.

Hormone Therapy for Women Following Hysterectomy
HB5254 of the 102nd General Assembly requires insurance companies to provide coverage for hormone therapy treatment to treat menopause that has been induced by a hysterectomy.  Following Keith’s wife’s experience, Keith’s office heard from several women who struggled with issues related to how their bodies adapted to “instant menopause” and their quality of life.

I am proud of the bipartisan efforts to move these bills through both chambers all on unanimous votes.
Keith R. Wheeler