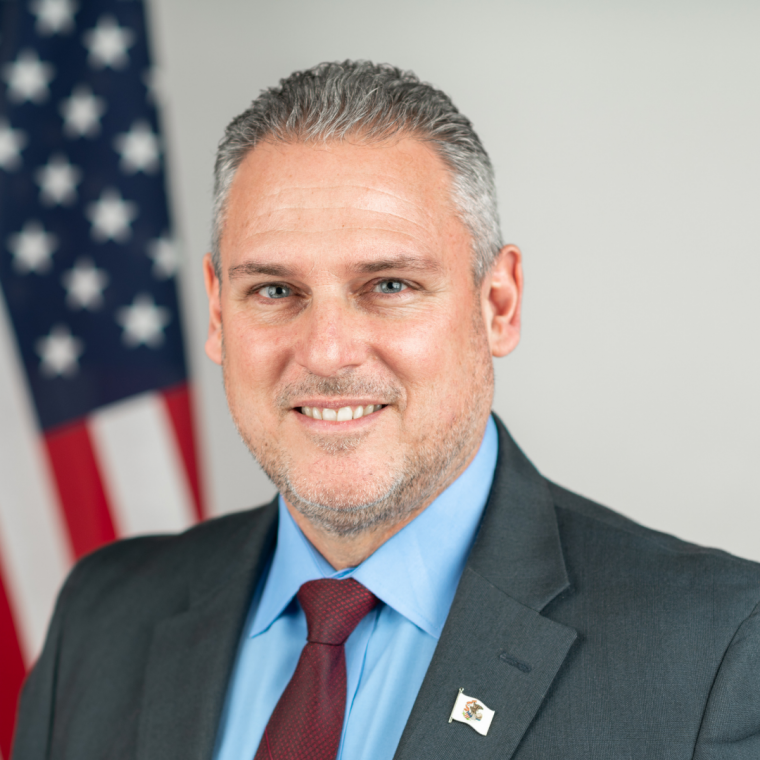 Keith has lived a blessed life because he is fortunate to be a part of this incredible family.

Keith Wheeler is running for reelection to continue to represent his neighbors in the Illinois’ 83rd Representative District. He is a sixth-generation resident of Kendall County and he lives in Oswego with his wife, Lisa,  two stepsons, Matthew and Chad and daughter, Ava. He grew up in Oswego, graduated from Oswego High School and is a graduate of the University of Illinois at Urbana-Champaign.

Since 1991, Keith has been a successful small business owner of an IT services company.  In addition, he served as Board Chairman for the Aurora Regional Chamber of Commerce as well as the NFIB Illinois Leadership Council Chairman.  He is very proud to have served in both of these positions as continues to champion the work to improve the jobs and business climates in Illinois.

Local Republicans may be familiar with his term as the chairman of the Kendall County Republican Central Committee during which he worked hard to get Republicans elected to office and build party unity.

In addition, Keith served as the treasurer and volunteered as a coach of the Oswego Bears Youth Football and Cheer Pop Warner program.

Elected to the Illinois House in 2014, Keith took office in January of 2015 in the 99th General Assembly.

Keith passed his first bill later in 2015, HB3887, which requires every agency and department in state government to perform an internal regulatory review of how their administrative rules impact small business and provide a report of those overburdensome rules to the Governor, the General Assembly, and the Department of Commerce and Economic Opportunity.  The result of the first regulatory review was to remove more than 900 rules that caused red tape for small businesses in Illinois.